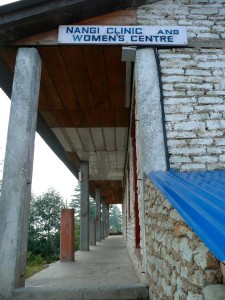 Nangi Clinic was relocated last year to a new building with better lighting and larger rooms. 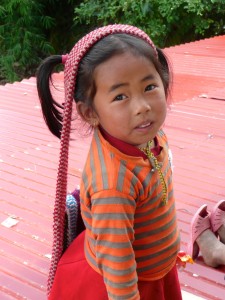 Rita, age 6, likes to hang out at the clinic after school. She was sent to Nangi by her family to attend the school when she was five years old. She lives with an aunt.

Lila and Rupa, who ran the clinic, were caught in the middle of the cultural crossfire as members of a lower caste. Despite treading lightly, due to my cultural ignorance, the three of us had no tolerance for mistreating the sick, elderly or children. We decided caste system or not we would triage patients and started giving out numbers, treating the very sick, elderly, pregnant and young first. Everyone else was given a tag and told to come back. It was an interesting dilemma for the higher castes. They wanted the exam, they wanted the medicine because they perceived it as the best…but Hindu’s practice a complex set of beliefs and foreigners or non-believers are like “untouchables”…the lowest of castes…I was an untouchable. But in the end, want trumped religion and they begrudgingly obeyed the clinic triage system.

So why do I object to foreign doctors when I myself have been there five times? Why does Mahabir want foreigners and how has he balanced his clinic dream with the reality of staffing a remote clinic? Do you think western medicine has the answers for medical care in developing countries? Share your thoughts in the comments and stop back next week for more discussion on this weighty topic.

One thought on “Nangi Clinic – Care or Chaos?”