Marriage? It was not on Mahabir Pun’s radar early in his adult life despite his parents objections. Culturally Mahabir would have been expected to marry by the time he was in his mid twenties. Marriage in Nepal, especially in the rural areas, is often arranged by the parents. They choose a wife for their son, who comes to live in his parents home. Mahabir’s parents, Kisna and Purbi, tried to make him get married when he was in his 20s. Because he had goals beyond his personal life, he was not interested. He told me he didn’t think about getting married because, “If I had family then I would not have thought about anything except making money for family”. 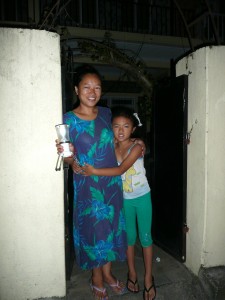 There are more “love matches” leading to marriage as Nepal is swayed by western culture and Mahabir’s own story followed this modern path. He met his wife, Ommaya, in Nangi sometime in 1996. She was a ninth grade student and he was a teacher. She would have been about 17 years old and he was 39 years old. She was from the nearby village of Kaphaldanda. They fell in love.

But legally, marriage could have been a problem. Ethically, Mahabir’s position as a powerful leader in the village and a teacher could come into question. Although there were teenage brides in Mahabir and Ommaya’s villages, the legal age for marriage in Nepal is 20 years of age for both men and women. There is a 10,000 rupee ($100 USD) fine and up to six months imprisonment for the contracting parties, but this is not enforced. Marriage in Nepal is complex because of the many ethnic groups and castes. Nepal is on the watch list for institutions such as the World Health Organization (WHO) and United Nation’s Childrens’ Fund (UNICEF) to protect young girls from childhood unions.

What do you think should have happened between the young student and most eligible village bachelor? Join me next week for more of Mahabir and Ommaya’s love story.