Mahabir Pun taught in Chitwan for thirteen years. As the science and math teacher he would have direct opportunities to influence many students daily and some of his students continued their education earning college and masters degrees in the sciences. He does not take credit for their accomplishments or attempt to keep in touch with them. He is not someone to look back, but instead keeps up a relentless forward thrust. However over the years he has been approached by former students via social media and during his lectures and travels. 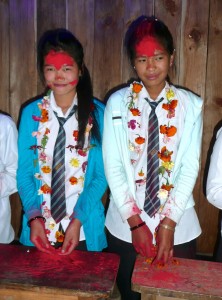 “I have lots of students from that time, who remember me, contact me or meet me whenever possible. Many of them look even older than me. When we come across, they come forward and introduce themselves to me and tell that they are my students from the specific school and specific year. It is difficult to remember all the faces for such a long period of time. Many of them are even in the US or Europe or Australia or Japan working now. I don’t keep record of them as who is where, but they post me messages once in a while through Facebook or email. I have one student in Denver, who is running eight UPS stores. I have one students running two restaurants in Nebraska. Two students are working as engineers in Virginia area. I have one student in Nepal, who is the Chief Consultant of the company that is building 85 Mile fast track highway and tunnel from Kathmandu to Hetaunda to connect Kathmandu and India. I have a student, who is working as Country Director of Save the Children in Sweden. Some students joined Nepal Army and they have reached to the post of Colonel. Several engineers and doctors or businessman whom I taught in Chitwan are either working in Nepal or abroad. My students come to meet me whenever I travel in different cities in different countries or they at least ask me to stop by when I travel in their area.” 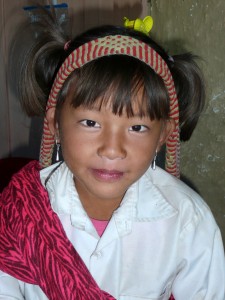 Mahabir described himself as a tough teacher. He demanded discipline in his classroom and was known to occasionally smack students for being disrespectful or disobeying. Some might find that offensive but the one time I witnessed this in Nangi it was not done with malice, nor was it a regular means of discipline. Students present and past respect, admire and try to emulate him. He is their national hero.

Do you recall a teacher who left a lasting impression on you? In 1980, as an LPN, I attended college for the first time at Parkerburg Community College to earn my RN degree. The biology teacher stopped me after class one day and asked if I’d ever considered going to medical school instead. On a legal pad he wrote all the qualifying classes I would need to take…it was a long list. I wish I had kept that list…but for six years I slowly ticked off those classes…one to two a semester until I was ready for the MCATS (Medical College Admissions Test). I can’t remember his name but I remember his face…and how he changed my life. Join me next week to read about the week Mahabir spent in police custody…an event that ended one career and launched another.

One thought on “Chapter Three – The Early Teaching Years (cont.)”