Mahabir Pun taught for thirteen years in Chitwan. Contrary to cultural norms and the wishes of his parents he deferred marriage so he could cultivate his dream to study abroad. Then one day another pivotal event occurred which changed the course of his life. 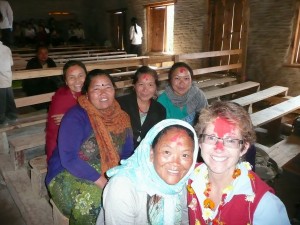 Each school district has a Chief District Officer (CDO). This is a very powerful position and the CDO yields unfettered power from overseeing schools to maintaining law and order. Mahabir describes this particular CDO as a “jerk”. “This man was difficult to work with and treated people poorly, he yelled and was rude”. According to Mahabir’s account, one day when school was in session, the CDO went to classrooms and reprimanded teachers for no reason in front of the students. Everyone was afraid of the CDO because he could fire them or have them arrested. No one argued with him…until that fateful day when Mahabir stepped up and told him “it was not good to yell at the teachers in front of the students.”. The CDO became angry and a heated argument ensured where Mahabir and the CDO exchanged verbal insults back and forth. 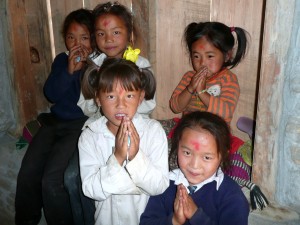 You can see where this is going….but interestingly it wasn’t until a few months later that the CDO came back one evening and took Mahabir to the local police station. He remained there for six days in police custody. Mahabir is very clear in saying he was not arrested…simply placed in police custody. I’m not sure what difference it makes except he was never charged with a crime. This man processed power and he wanted Mahabir to fear him. But Mahabir, true to character, was not intimidated. Quite contrary to the CDO’s desired results Mahabir was even more angry. He confronted the CDO again and asked why he had him detained. He was told “forget it” by the CDO, but Mahabir would not forget or accept. He quit after this incident and left for Kathmandu in 1987.

His siblings were educated and he had no family of his own to consider…he was free to launch his dream to study abroad. For the next year and a half he lived off his small savings in Kathmandu and doggedly organized a plan be accepted at a foreign university.

If you have ever quit a job to pursue a dream share your story by leaving a comment. Join me next week and read how Mahabir figured out the system he needed to attain his dream.