Mahabir Pun majored in Science Education at UNK from Jan. 1989 to Sept. 1992. After the first semester he was more confident in his spoken English and found the work easier, relying less and less on the voice recorder to study. Carrying heavy class loads of 18 credits a semester and taking courses during the summer he was able to graduate in three and a half years. He also took some graduate level classes anticipating he wanted to return one day for his Masters in Education. 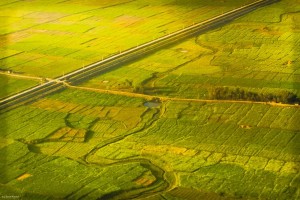 I asked him how he liked living in the flat landscape of the midwest, especially since he was raised near some of the tallest mountains in the world. He didn’t mind the flatness because it reminded him of his family in the Terai, but oddly he wasn’t fond of the hot weather which is also steamy and jungle like in the Terai…he much preferred the cold Nebraska winters.

Mahabir told me finances were not a problem because he lived simply in the dormitory, was given three meals a day at the cafeteria and had a grant for $1000 USD/year from the American Nepal Education Foundation. Knowing Mahabir he would have left the USA in the same pants and shirt as when he arrived…but packing riches which far exceeded his expectations…riches found in the friendships and ties he formed over those years at UNK. 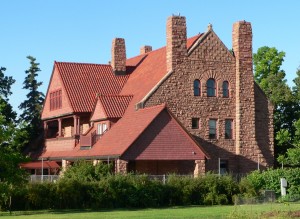 He was soon welcomed into Dr. Leonard Skov’s home…and heart. Leonard and Mahabir created a friendship that continues to this day…built on mutual respect and trust…key components for lasting friendships. He was also welcomed into the homes of other students, university staff and Leonard’s friends.

Have you ever found yourself in a different environment, friended by someone and given a lifetime of memories to cherish? Share your comments with my readers and join me next week as Mahabir returns to Nepal and begins to lay the foundation, both figuratively and literally, for the school in Nangi.