Many of the people I spoke to about Mahabir Pun recognized his charismatic personality but were drawn to him more by his ideals and the methods by which he accomplished his projects. Considering the obstacles of working in a developing country under the veil of a civil war, alongside an unstable government, with uncertain financing and lack of basic resources such as electricity…his meteoric rise to fame was the attraction. But over time many of his early supporters lost their own momentum and could not keep up with Mahabir. He demands no less of everyone around him then he does of himself. But few share his single minded focus…they must return to their own countries, personal interests interceded or his stardom lost it’s shine for them. 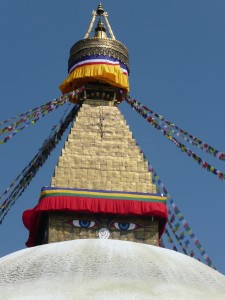 The eyes of Nepal watch and wait for Mahabir Pun’s next endeavor.

His critics note Mahabir’s demanding nature coupled with his lack of appreciation is not the only wedge that undermines his working relationships. He is not a team player and his inability to listen to alternate ideas and opinions eventually drives many people away. He will start a project with a team but make changes without consulting anyone. Often those changes are based on an idea and not researched or tested before implementing. The old “throw mud on the wall to see what sticks” approach is still in his arsenal. But many people find this approach wasteful.

For example; several years ago a group of volunteers had planned a solar project for the school in Nangi. They had researched and designed the project months before arrival. I know this team well and they’re skilled at engineering and well versed in working under the extreme Nepali conditions. When they arrived in Nepal and went to pick up their preordered supplies they found Mahabir had changed the order. He had redesigned the project according to what “he thought” it should be. Technically it wasn’t feasible and it undermined the original goal for the project which was to decrease the school’s reliance on the undependable and expensive Nepal electrical power grid. The team was initially bewildered by Mahabir’s behavior, they were hurt by the lack of respect but mostly frustrated by the additional work and cost of straightening out the mess. They had other projects in planning stages but never came back citing their inability to work with Mahabir.

There is no doubt mahabir Pun’s methods are successful. But what works for one person will quickly make others insane. When I asked Mahabir about this criticism of him and his work he simply smiled and said, “Someone else will come along”. He was right. Since the mid 1990s Mahabir Pun has been aided by hundreds of people and dozens of agencies. When someone moves on another fills their place. He is never without support, ideas or dozens of worthwhile and successful projects in the works. He neither says thank you nor does he look back when parting ways. Despite any storm, either political or environmental, he puts his head down and under his own power forges on because he knows at the end of his life he has only himself to commend for success and chastise for failure…because along the way he expects no one but himself to shoulder the weight of his dreams for a better Nepal.

I am ending my story here but will continue to refine the narrative. I will be organizing this blog into book chapters over the next few months so please stop by and have a read. I will be adding more stories and new material. In the meantime you can keep up with Mahabir Pun’s quest for a better Nepal by visiting his Facebook page: https://www.facebook.com/mahabir.pun?fref=ts

Thank you for your support over the last two years. I could not have continued without the support of my family, friends and colleagues. Your comments and encouragement have kept me motivated and touched my heart. Your opinions matter and are an important part of the complexity of this work. I am especially indebted to Mahabir Pun for his unselfish willingness to answer tough questions and patiently explain my often ignorant inquiries. Safe travels and may each of you find a little bit of Mahabir Pun in yourselves. 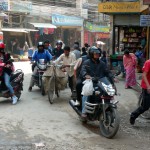 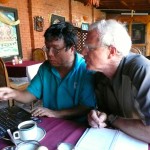